No One Wants to Endorse Ted Cruz

Despite earlier reports to the contrary. I try not to do stories about the presidential election. I live in NY State where there are a large number of sane people (i.e. Democrats) and they will vote reliably for Hillary or Bernie for president. But, something this funny:


After the National Review reported Sen. Ted Cruz (R-TX) is set to unveil his first endorsements from colleagues in the Senate this week, the magazine corrected the record to show the story was wrong.

The people repellent is strong in this one.

I'll add this strange story here as well. Apparently, this pastor was shot the day after delivering a prayer at a Ted Cruz rally. No jokes here. The pastor was shot 6 times and is alive, but in critical condition. They're tough in Idaho. Did want to bring up that I went to do a search and entered "pastor shot in." Reaching that point I had a choice of states. 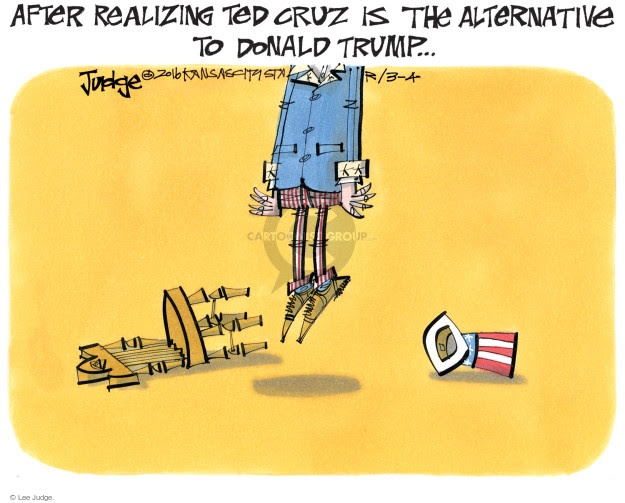 Posted by Kevin Robbins at 3:28 PM