This is in response to Stuart Fields' letter justifying the stonewalling of President Obama's potential replacement for Justice Scalia. I'd like to start by asking what plan B is. If you don't re-take the White House, do you stonewall for another 4 years? Do we go for over 5 years with 8 justices and a lot of 4 to 4 non-decisions?  I really am curious.
Realistically, or optimistically if you prefer, I expect Hillary Clinton to be the next president. In addition, while I'm dreaming, the Democrats regain the Senate. In part, Republican obstructionism will be the reason for this. If that happens, Ms. Clinton has a clear mandate to choose a nominee as far to the left as she likes. I suppose.
I also would like to comment on the socialist "epithet." The president has been labeled as such for over 7 years. That's in addition to cruder name-calling. The stock markets have more than doubled since he took office. Unemployment has gone from over 10% to under 5%. Because of Mr. Obama there are still automobile manufacturers in the US.  Republicans were willing to let them die. More socialism please and less of whatever George Bush was.


I'm old. I remember what things looked like in January 2009. Maybe this is the reason Senator Sanders is doing so well despite the Democratic Socialist moniker he himself has adopted. In plainspeak, that socialist dog don't hunt no more. And we dirty hippies have won. 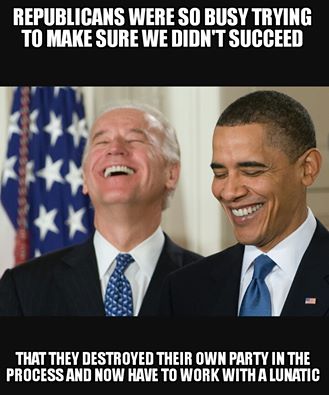 Thanks Shaw.
Posted by Kevin Robbins at 11:44 AM