Please arrest them and charge them with anything you can think of. They got away with their bullshit at the Bundy Ranch. If we are to be nation of laws, they must be dealt with.


A group of militants broke into and seized the federally owned headquarters of the Malheur National Wildlife Refuge in Oregon, The Portland Oregonian reports.

They can't be allowed to continue.

Ammon Bundy once helped his father repulse the government in an armed showdown on a Nevada desert. He was Tasered for his effort.

Ryan Payne, an electrician from Montana, joined that same standoff and boasted of organizing civilians into sniper squads that drew a bead on federal agents.

And not long ago, Jon Ritzheimer worried the FBI with his threatening rants against Muslims in Arizona and elsewhere, according to press reports.

Thank God for this.

The Hammonds don't want to be part of the outsiders' cause, and neither do many in Harney County. 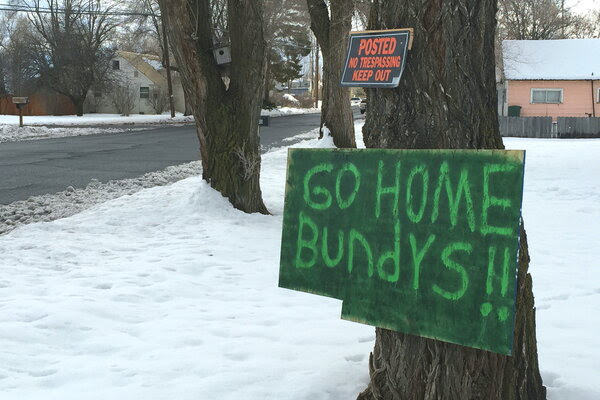