The Least We Can Do

If we're not going to strengthen background checks or even keep guns out of the hands of people who are on the terror watch list, then can we do this?


Even before today's tragic shooting in San Bernardino, pressure was building in Washington to overturn an amendment, backed by the National Rifle Association, that has barred federal research on gun violence for nearly 20 years. More than 2,000 physicians, dozens of Democratic lawmakers, and even the author of the amendment have all called on Congress to once again allow gun violence to be investigated as a public health issue.

It's a rhetorical question. I know the answer.

From my new go-to source of info on all things gun related:

Guns kill 32,000 Americans a year, but not one penny is given to the federal Centers for Disease Control and Prevention to find out why.

Victims of gun violence can thank the National Rifle Association for squeezing off that funding.

The NRA began lobbying Congress in the 1990s to limit the CDC’s funding after the agency gave financial backing to an independent study that found that keeping a gun in the home was strongly associated with an increased risk of homicide.

Update on the search for Jihadi Wayne: it's day 24. 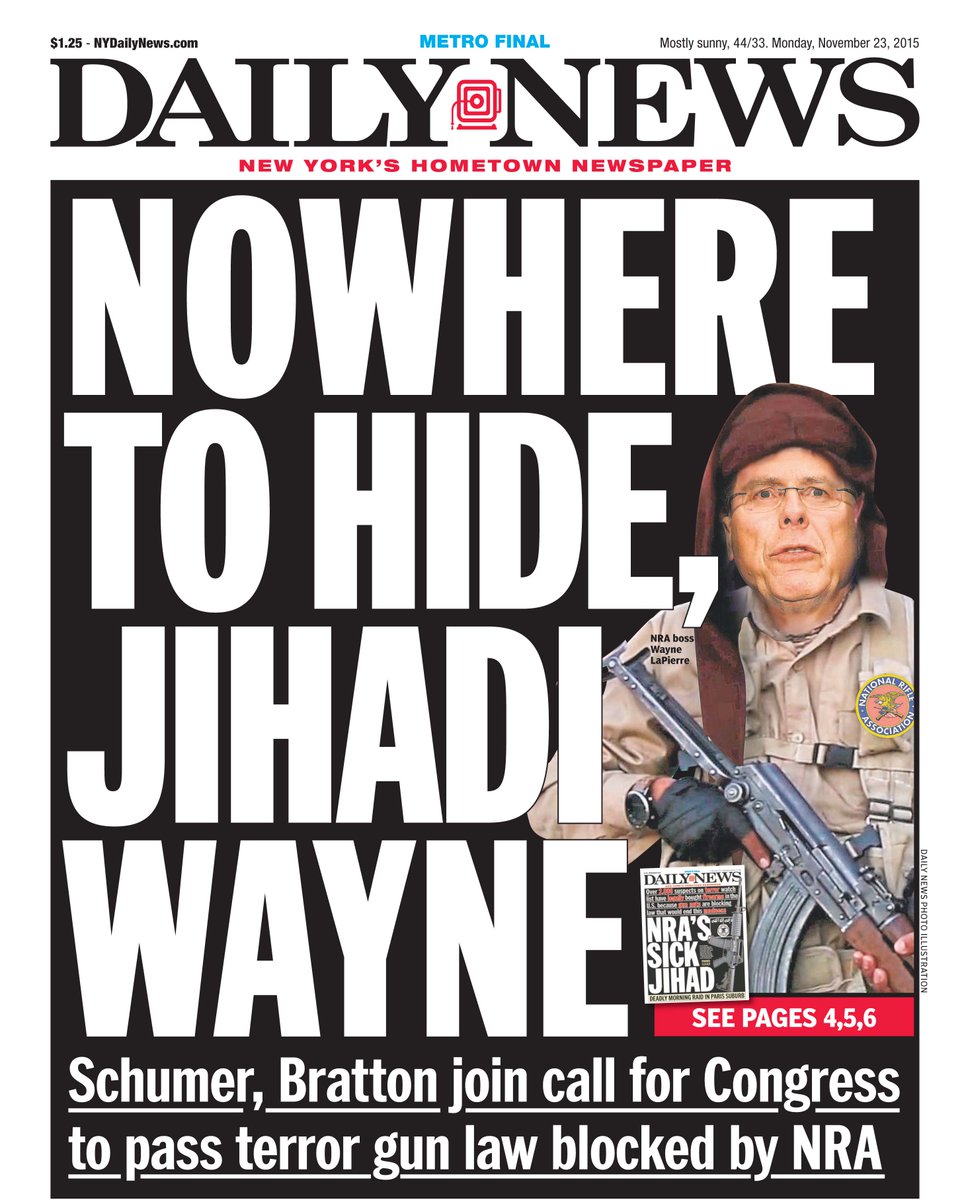 Mark Rosenberg, former director of the CDC’s National Center for Injury Prevention and Control, didn’t mince words about the NRA’s bullying in a 2012 interview with an Atlanta paper.

“The scientific community has been terrorized by the NRA,” Rosenberg told the Journal-Constitution.