The speaker of the House might not survive his inability to find enough Republicans to vote for his deeply unpopular and poorly crafted American Health Care Act—a gratuitously cruel bill that Donald Trump, for no apparent reason, had embraced so completely that Ryan's bill became Trump's bill (TrumpRyanCare, as I called it) and Ryan's failure became Trump's failure.

I still like GOPCare, just to spread the blame to each and every one of the moral imbeciles.

If anything, Trump should be thanking Ryan for being unable to deliver the votes. Nothing good politically was going to happen for any Republican if the House had passed the bill, starting with a huge intra-party civil war in the Senate and—if the bill somehow became law—hanging ownership of every complaint about health care on Trump and the Republicans forevermore.

I guess we should not be surprised that the Republicans have already started talking about having another run at the repeal-and-replace windmill. And if Ryan stays on, he will surely put his transparently regressive policy preferences into a bill that will improve Democrats' political fortunes whether it passes or not.

In all fairness, I believe they are going to correctly be blamed for every complaint about healthcare anyway. 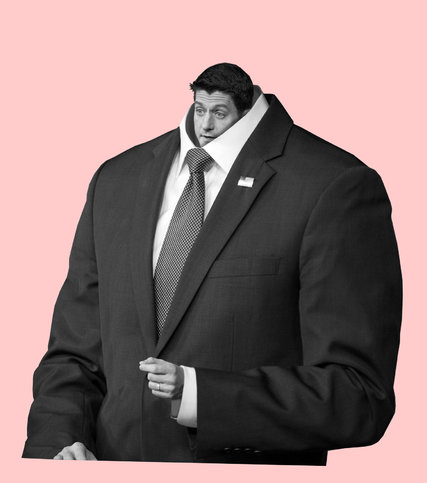 Posted by Kevin Robbins at 1:51 PM