New and Improved and Sparkly Letter

Here's the revised and, hopefully, improved letter to the Post Star:


I agree with Mr. Collins that Trump will not be Hitler. Also, folks on the right; Obama is not Hitler. You on the left; Bush wasn't Hitler either. No word yet on Cheney as Rasputin.
However, the subject of my letter is what a petty swindler Trump is. Of that, there's little doubt. It's astonishing to see someone who's supposedly a billionaire, crookedly misappropriating such piddling amounts. Does he just play a rich guy like Jim Backus did (much better)? Let Barbra Streisand ask it in song: "Is he that rich? Maybe he's poor? Til he reveals his returns, who can be sure."
Recently we learned that Trump scammed the state of NY out of $150,000 meant for businesses hurt by 9/11, which his wasn't. And there was Trump U, where he conned people into spending what would be substantial sums for them, not for an alleged billionaire, on worthless "degrees." Then there was the veteran's benefit he held to duck a debate. The Donald generously pledged a million dollars. It took him four months to fulfill it, then only when shamed into it by the Washington Post.
This is a man who can't get loans from American banks because he's such a poor credit risk. He has to go to Russian "financiers." I hope for his sake these pals of Putin's have the same forgiving policies on bankruptcy he's encountered (frequently) in the past. In any case, some voters seem to have forgiving attitudes toward crystal-clear fraud. Would you buy a used car from him?
And Mike Pence, if you can't call the David Dukes of the world deplorable, what can you call them? Uncouth? Boorish? Indelicate? They is what they is. Use proper words in proper places. They do have meanings.

I would prefer you leave the comments and eliminate the Letters To The Editors! I understand that writers are limited to number of words and number of submissions within a certain period of time. You continually print letters by the same people; perhaps no one else is writing or perhaps you just are printing letters that rarely call the Post Star out. There are letters that are well written and some are clever. Many are ridiculous and poorly written. However it is the letters by some of those who submit over and over which are written in a manner that indicates that they believe they are journalists submitting articles for readers who are anxiously waiting for their next essay. I would vote for you to stop printing these letters. They are not journalists and if you stopped continually printing their drivel, you might have enough space to print many of the other letters you decline.

This drivel is for you, Stuckhere (if that is your real name). 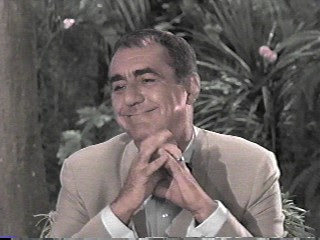