He's right about The Atlantic having some fine articles. I looked at the last few issues and was mightily impressed. I had read it on occasion in the past, but am going to have to at least browse it from now on. The Christian Science Monitor, daily and weekly, is my main news source and I love it dearly. Four articles really caught my eye in the past few issues. I'll refrain from linking to the interview with Erick Erickson. I will point out that Mr. Erickson does not have the physique that I'd expect to see on a viking. 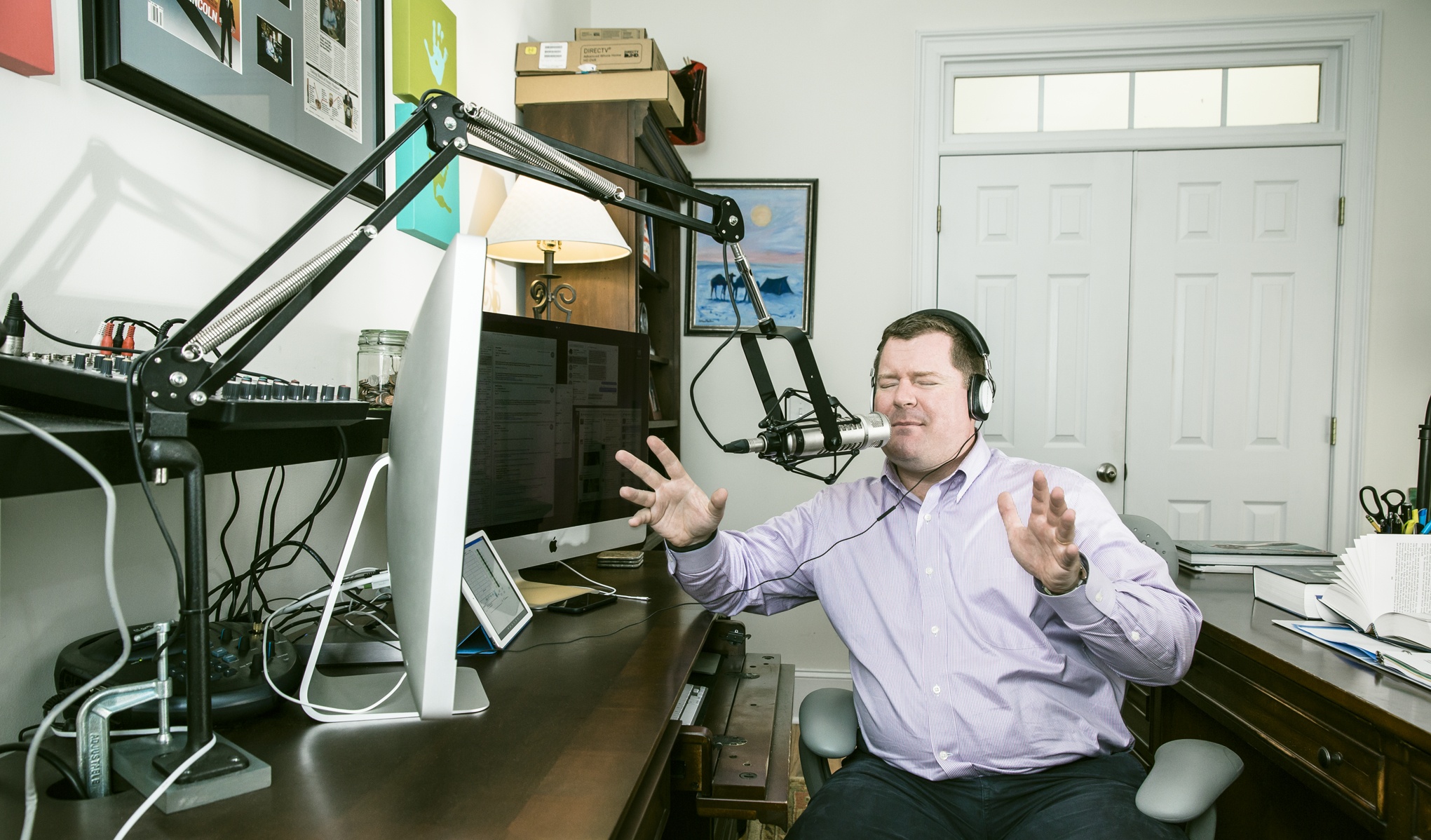 Yeah, I used their photo figured I better link to the story. Don't want The Atlantic going medieval on me. Onto stories I hope Mark Frost read. First up, "Be Not Afraid." Dear God, try to buck up and survive the Hell that is the Obama years.

It often befalls presidents to be most criticized in office for what later turn out to have been their particular strengths. Disparaged at the time as simplemindedness, timidity, and slickness, Ronald Reagan’s firmness, George H. W. Bush’s caution, and Bill Clinton’s adaptability look in hindsight like features, not bugs. (Unfortunately, George W. Bush’s bugs still look like bugs.) President Obama catches flak for his supposed underreaction to crises in the Middle East, Ukraine, and elsewhere. Instead of leading, the professorial president lectures the American public not to be so darned worried. “If you watch the nightly news, it feels like the world is falling apart,” he said last August. “I promise you things are much less dangerous now than they were 20 years ago, 25 years ago, or 30 years ago. This is not something that is comparable to the challenges we faced during the Cold War.” Blame social media, he tells us, for shoving so much upsetting stuff in our faces.

Amen, sing it brother! Fucking idiots that are afraid of a handful of religious zealots in Northern Iraq and Syria. And if that isn't bad enough they want to make war on the country that is over there providing ground troops to fight the religious zealots. And yeah, I realize the Right thinks that the Iranians are suicidal religious zealots, too. But they're wrong. Oh, that brings me to the big surprise I received in seeing Robert Kaplan "Warming to Iran."

Foreign policy is about necessity, not desire. And multiple necessities have been driving the United States and Iran toward a détente of sorts. Indeed, the American-Iranian estrangement, which has gone on a decade longer than America’s estrangement from “Red China” did, is anomalous in international relations, given how many amoral geopolitical interests the two nations share. The idea that the interests of Israel, even with Saudi Arabia alongside it, can indefinitely or even permanently override some degree of reconciliation between the United States and Iran—the ancient world’s first superpower—is problematic. Yes, Israel’s domestic lobbying machine is formidable, and yes, Israel’s prime minister is by some accounts a determined schemer, but they may not ultimately be able to prevent the American executive branch from seizing the kind of diplomatic opportunity that comes along only a few times a century. Whatever the eventual outcome of the long-running negotiations over Iran’s nuclear program, Israeli interests cannot impede a warming of relations between Iran and the United States in the coming years, under either this president or the next.

I'm even going to re-read that and maybe do a longer post on it. He said many things I had been thinking and even mentioned Yemen, where the Shiites (if not the Iranians) are doing us some good in fighting AQAP. Last, and certainly not least, is James Fallows with a very nice article explaining that we are now a chickenhawk nation. I had never thought of the country as a whole as being chickenhawk, but he is absolutely right.

(Obama) noted that they were often the face of American influence in the world, being dispatched to Liberia in 2014 to cope with the then-dawning Ebola epidemic as they had been sent to Indonesia 10 years earlier to rescue victims of the catastrophic tsunami there. He said that the “9/11 generation of heroes” represented the very best in its country, and that its members constituted a military that was not only superior to all current adversaries but no less than “the finest fighting force in the history of the world.”

If any of my fellow travelers at O’Hare were still listening to the speech, none of them showed any reaction to it. And why would they? This has become the way we assume the American military will be discussed by politicians and in the press: Overblown, limitless praise, absent the caveats or public skepticism we would apply to other American institutions, especially ones that run on taxpayer money. A somber moment to reflect on sacrifice. Then everyone except the few people in uniform getting on with their workaday concerns..
Posted by Kevin Robbins at 2:10 PM